The Swiss is a dream destination for travelers. Especially Indians. Blame it on our movies showing the beautiful Swiss Alps in the background with the hero romancing a chiffon clad heroine in the front. Which one of us hasn't imagined ourselves in their shoes?

Our Swiss trip started soon after coming back from Paris. We were quite skeptical of traveling again, because of how the little one had completely refused to sit in her pram. We had been so tired of carrying her and her pram up and down the stairs all the time in Paris. Thankfully Swiss was way better in that regard. Only.

We had an early morning flight so that we could utilize a half day for sight seeing. So we boarded with the little one just having woken up. She decided to poop as soon as we had the seat belts on for the take off. And you would know that the use of lavatories is not allowed until the plane is safely in the air. So there. H and I sat with our noses crinkled up and just waiting for the damn plane to get in the air. Fast. But the runway was not clear. We waited a full 15 minutes before I ran with the little one for a diaper change. And no, the adventure didn't end there. While I laid her on the table, removed the soiled diaper and was beginning to take out a tissue to wipe her bottom, she decided it was completely OK to get her hands on the soiled diaper and fling it around. Don't ask me what happened next.

After reaching the hotel, we immediately set off for a city tour. On foot. We took a map which had the city metro and tram stations' directions with the must visit places marked out. Zurich is beautiful. There were beautiful old churches with clock towers and domes that touched the sky. The roads meandered into narrower by lanes and suddenly opened up into a vast road with the river flowing on two sides. The weather was just perfect. The little one still didn't cooperate with the pram, but we didn't mind. I think we had developed enough muscles in Paris :-P 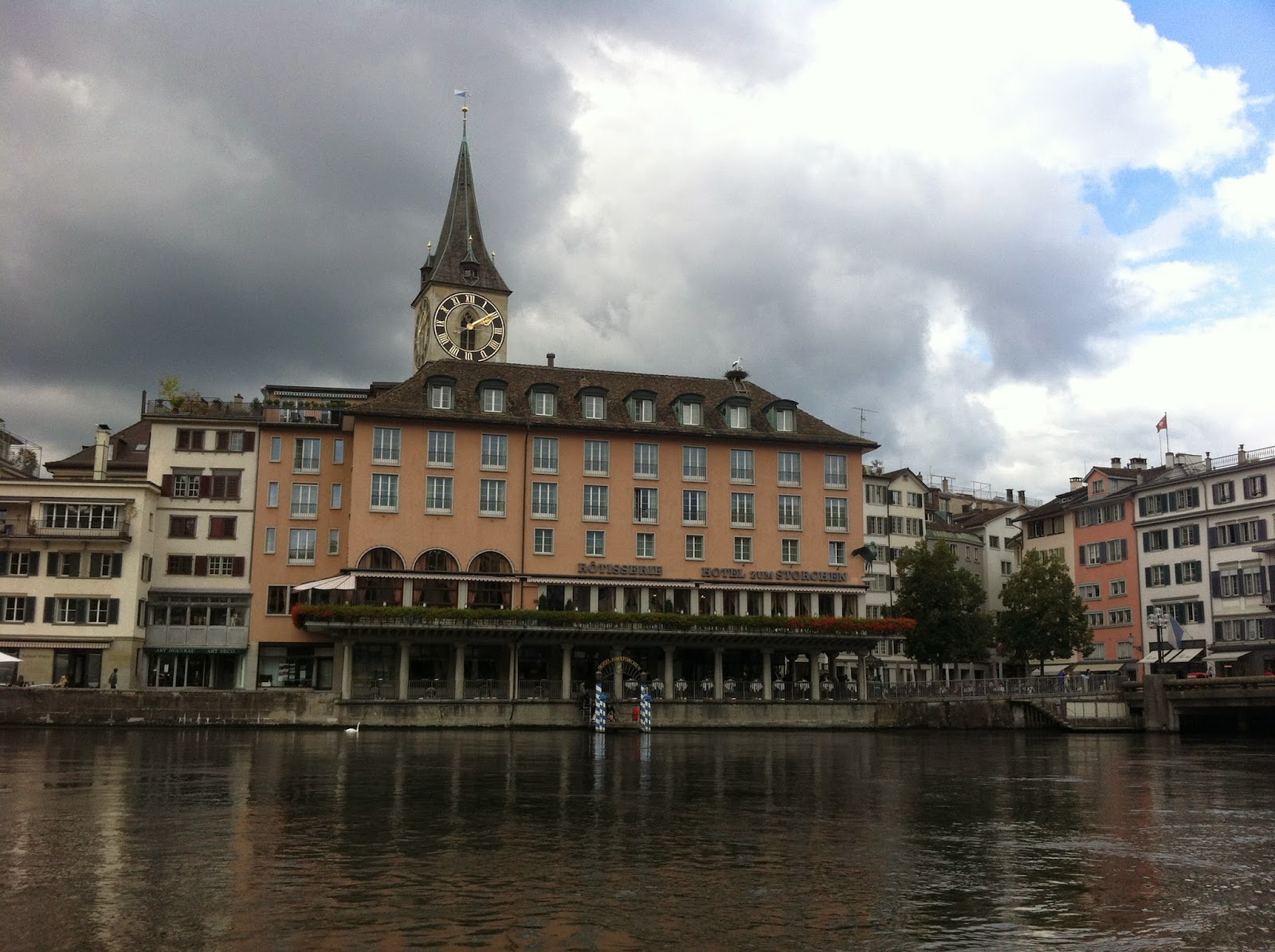 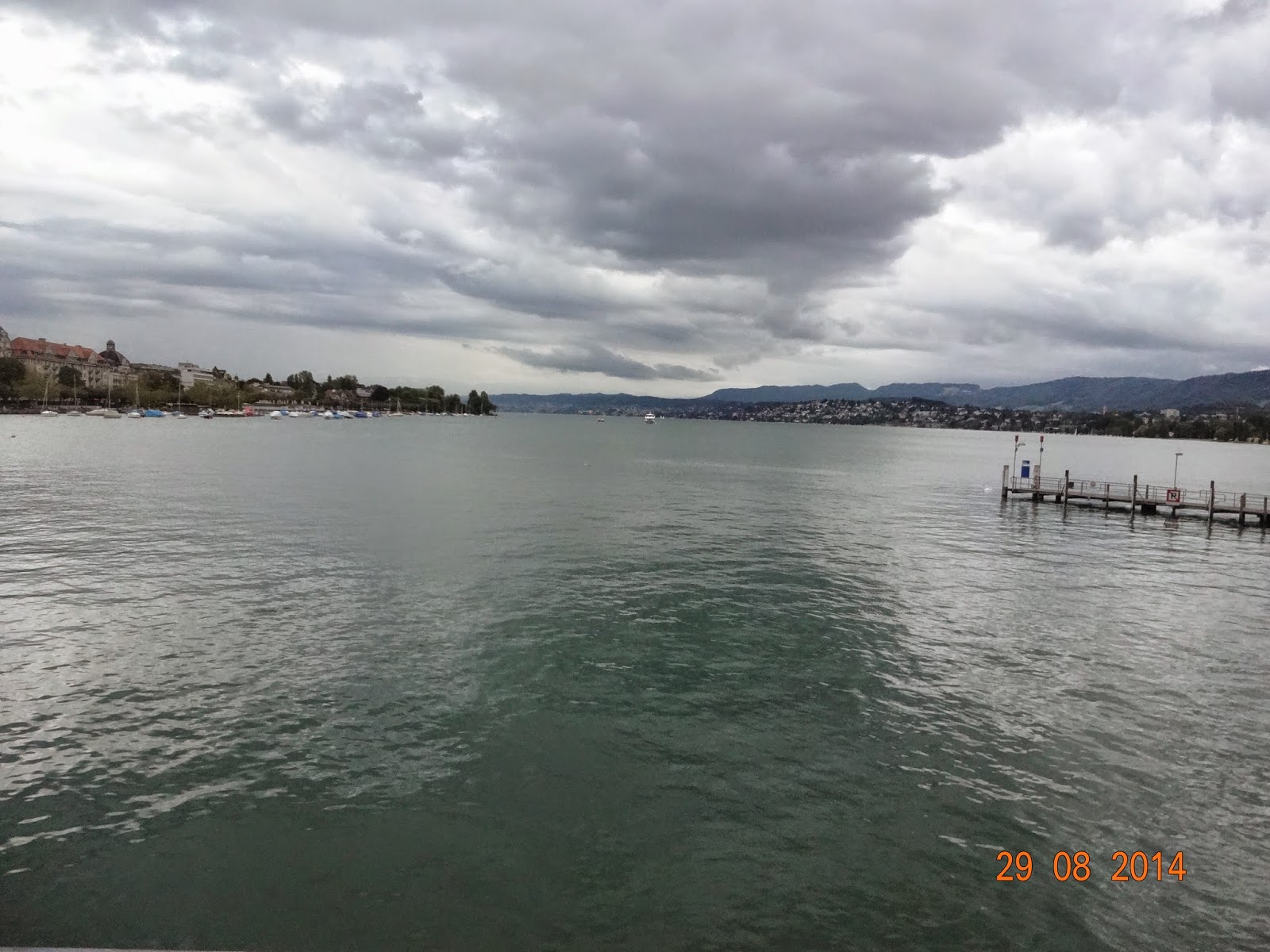 The next day we decided to cover Mt. Titlis. We booked a guided tour since it involved traveling to Lucerne which is a good 1.5 hours away from Zurich and then the hike from the foot of the mountain to the top (10,000 ft)  is another journey altogether. The journey from Zürich to Lucerne via the city outskirts has breathtaking views. You can literally see the mountains up so close. And you are already at high sea level, so the clouds are all over the mountain peaks. The sky is so clear and blue, covered with pristine white clouds, it is like a scenery out of a painting. 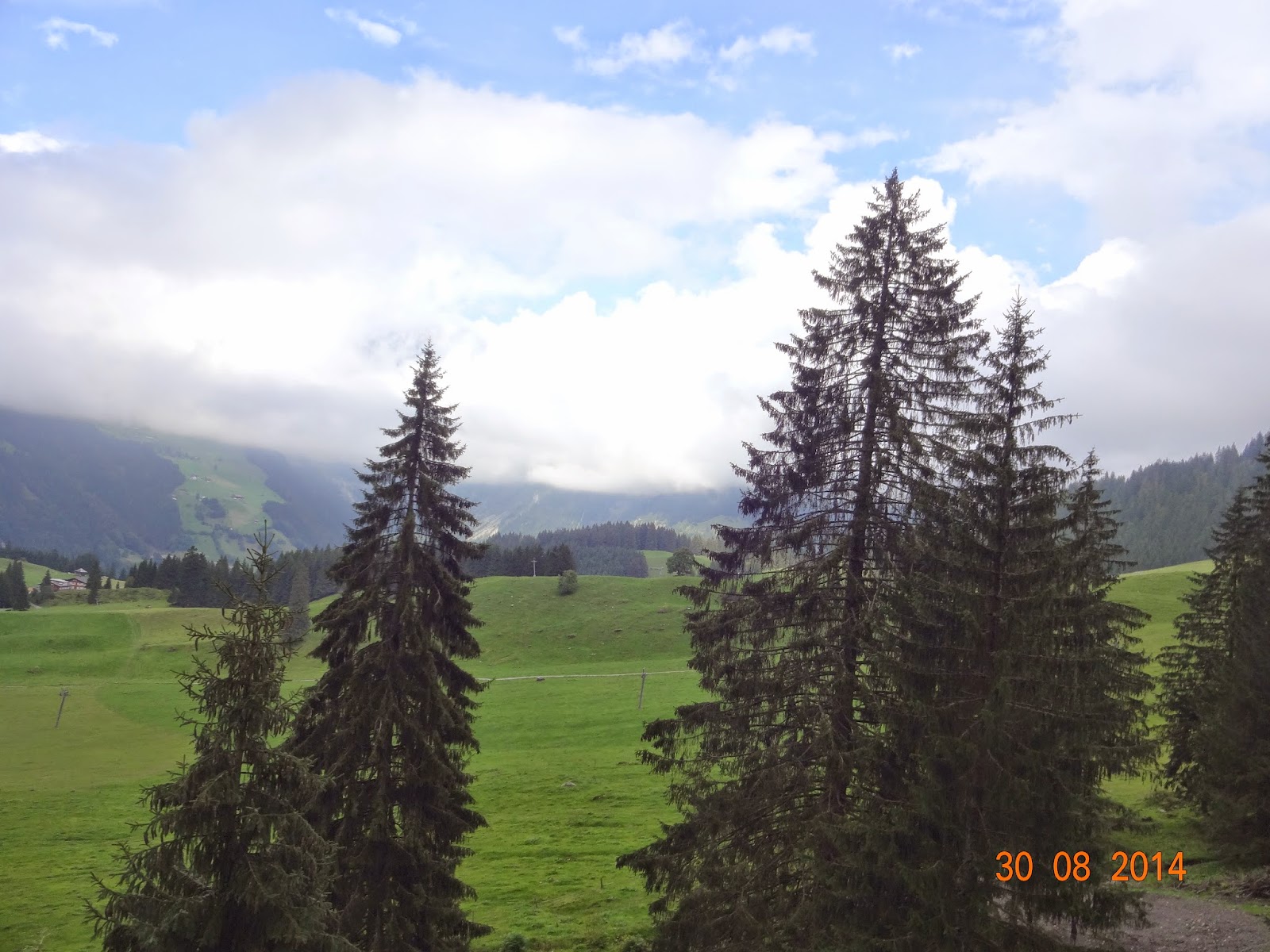 I love to hear back from you :)