After finishing “The Husband’s Secret” by Liane Morarty, I was really looking forward to a book that would hold on to its own. You know how sometimes you read a book so amazing, that anything you read after that does not match up. I wanted to pick up something that wouldn’t disappoint me. And so, I went to the library searching for my next one. Since March is being celebrated as Women’s month at the library, they are showcasing some of the better women writers and their books. And that’s how I chanced upon the book, “The Wife” by Meg Wolitzer. Also, let me confess, I didn’t find the blurb as exciting, and solely picked up the book because I loved the cover. It’s a simple cover, and yet I was drawn to it. And for once, I have to say, I am glad I judged the book by its cover. 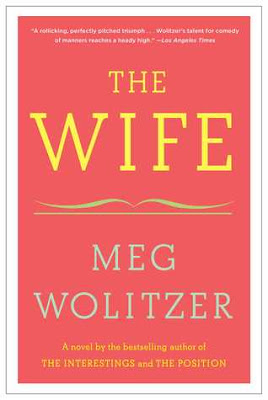 “The moment I decided to leave him, the moment I thought, enough, we were thirty-five thousand feet above the ocean, hurtling forward but giving the illusion of stillness and tranquility. Just like our marriage." And that’s how the book starts in the words of Joan Castleman who is on her way with her husband Joseph Castleman to receive the Helsinki Literature Award., one of the highest literary awards The book then transports you back to 1950s when Joan was a student in one of Joe's class.


Joan takes you on her journey and her marriage of 40 years, back and forth in the book. The secret that she reveals at the end of the book is not really a secret because she drops enough hints through the narrative, and yet I found it difficult to come to terms with it. There were times when I could not connect to Joan or her character until she delves deeper in the crevice that existed between male and female writers back in the 50s and 60s, and how the feminism movement had not yet started.  I loved her take on marriage and how she subtly defines some of the characteristics of husbands, without sounding like a cliché. Her writing is sharp and satirical. It’s also funny, but in a very empathy arousing kind of way. There were times when I thought she was weak, and sometimes she would just turn that opinion on its head. The characters are complex and very well written.


I thoroughly enjoyed the book. And even though the book is set in a time different from today, yet you could find it touching a chord with something in your marriage. Like this one passage from the book that reads,” Everyone knows how women soldier on, how women dream up blueprints, recipes, ideas for a better world, and then sometimes lose them on the way to the crib in the middle of the night, on the way to Stop and Shop, or the bath. They lose them on the way to greasing the path on which their husband and children will ride serenely through life”.

I told her to read her a book till I was back from my bath. Nothing out of the extra ordinary. That was our routine for the past few weeks. She had finally started reading on her own. I made use of that to take a relaxed bath. That day was no different. 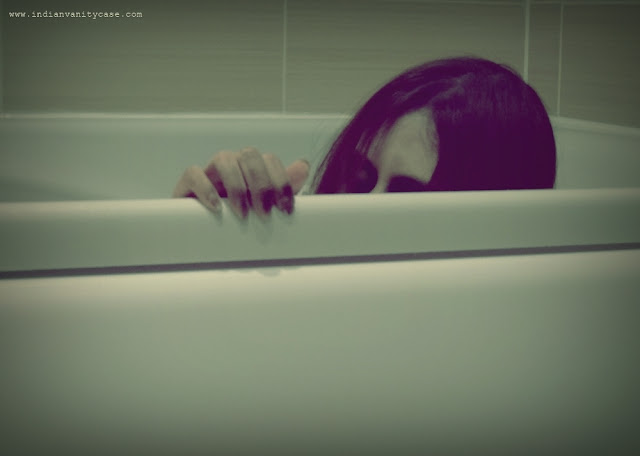 I ran a warm bath. To be true, I liked the water hot. As I stepped into it, I could feel the warmth of the water almost physically straightening my curled up cold body, taking away my stress and calming me. I always promised her it would be a quick bath. But it was hardly ever quick. Once you hit a tub of warm water, your reflexes slowed down automatically. Your hands didn’t move fast enough. Your brain neither.

As I finished soaping myself, I unplugged the tub to drain out the water. And that’s when it struck. I felt a hand on my naked butt. I think I froze for a second. I was all alone in my bathroom, in my bathtub, closed from the only open end with the shower curtain. There was no way there was anyone in my bathtub, leave alone a hand.

I turned and saw it. High on adrenalin, I fathomed “it” was floating in the water. Upside down. Head under water. My shriek caught in my throat, I did a double take. And just as quickly as it had appeared, the adrenalin relaxed, and a silly nervous laugh followed. It was her doll. She had left it in the tub, yet again…

Tourist in my own city

Life in Philly is good, but also terribly cold all the time. The idea of a snowfall sounds so great and romantic and maybe playful, but after the first time, it's really more of a nuisance. It gets bitter cold and the sidewalks get slippery and you are under house arrest until the weather clears up a bit.
Living in downtown has a lot of advantage though. Most of the must see places in the city are at a walkable distance from our place. But since most of the Indian families live in communities located away from the city, we don't get to make as many new friends as we would have liked.

The Philadelphia Free library is a measly 10 minute walk from our place. If there's one place that has held our (my daughter's and mine) sanity, it has to be the library. Stuck in a new city with perpetual cold and snow and no new families or friends to meet, we have spent many a afternoon scouring the library aisles. Their children's section is a huge floor dedicated to the kids. They have a huge collection of books for every age. Apart from that, they not only have story reading and craft sessions that the kids really enjoy, they also have lego sets, puppet animals and faux veggie-fruit-kitchen sets for the kids to enjoy. And let me not even start with the number of titles they have for the adults. It's been close to 4 months here, and I have yet not explored everything there is.

And because the snow and cold make sure we aren't doing any outdoors activity, we have visited quite a few museums in the city. The main difference that I find between the museums here and the ones back home is that these guys definitely know the art of presentation. We may have a lot more history, art and culture to showcase, but we definitely aren't able to package it as well. If you are ever in this part of the country, do plan to visit the Philadelphia Museum of Art (showcases art from classic to abstract to modern), Academy of Natural  Sciences (famous for dinosaur fossils and life size replicas), National  Museum of American Jewish history (shows the history of Jews living in America through the World Wars) and The Franklin Institute (Museum of science, biology, including a telescope for star gazing). Leaving you with some pictures...

And so, until spring arrives, and until we can go out of the city to explore the mountains and the beaches, I will continue being a tourist in the city that I live :-)
Posted by Ghata at 12:58 PM 0 reverberation(s)